The West Side Union High School District was organized in September 1921. Conferences were held over the first year and a half after the District's inception to determine whether the District should unite with the Mountain View, Palo Alto or Santa Clara School Districts. In May 1923, it was unanimously decided to start a high school in the District. The school opened on May 2 in rooms of the Sunnyvale Grammar School building. The Board hired Miss Leslie G. Smith as principal at a salary of $125 per month, two teachers for $225 and $200 per month and a “janitress” for $35 per month.

In June 1923, the Board purchased the land where Fremont High School is located and constructed a temporary school building. Miss May Helena Morrison was hired to teach for $2,000 a year and she taught for 28 years in the District.

In October 1923, night classes were established. Basketball, volleyball and tenniscourts were installed with hot oil and sand. Only pupils, children and residents of the West Side Union High School District could use the courts with a permit from the principal.

In March 1924, the Board agreed that a new building was needed to take care of the 400 pupils enrolled at that time. Architect W.H. Weeks said he would draw sketches and submit plans and preliminary work for no financial obligation. He proposed that if the bonds to build the school passed, then the Board would hire him for a fee of 6% of the building costs. The bond election for $250,000 on June 4 failed. In September, fifty Sunnyvale residents petitioned the Board to call another bond election. The second bond election, this time for $225,000, was held in November and it, too, failed. In January 1925, 300 residents petitioned for yet another bond election set for $250,000. On February 24, 1925, a third bond election passed with “659 yes” and “293 no” votes. W.H. Weeks was hired as the architect at 6% and A.C. Butcher was given the charge of planting trees around the school site.

In 1925, the first high school in the District was named Fremont Union High School. In 1969, the original two-story main building was damaged by fire and reconstructed, preserving its original exterior character. On July 1, 1996 the school retired its original mascot, the Indian, when the Board of Trustees agreed that the continued use of the Indian logo/mascot contributed to an environment that does not respect our diverse community. For more information on the history of Fremont High School, visit the FHS History webpage.

Cupertino High School opened in 1958 with 700 9th and 10th graders and George Fernandez as principal. Peak enrollment was in 1964 and 1968 with over 2,500 students and three lunch periods. The science building burned down in 1986. A new science building plus an additional gym (field house) were built with Measure H Bond funds in 2000-2006. For more information about the history of Cupertino High School, visit the CHS History webpage.

Homestead High School opened in the fall of 1962 with 9th and 10th grade classes. The campus wasn’t ready because of a severe winter, so the Homestead students were housed at Fremont High School, attending half days while the Fremont students also attended half days. Peak enrollment was in 1968-69 with around 2,500 students, enough kids that Homestead had three lunch periods a day and a closed campus.

Lynbrook High School opened in the fall of 1965 with Kendall Stanger as principal and 9th and 10th grade classes. The addition of the District’s fifth high school relieved the overcrowding at Cupertino High School.

Monta Vista High School opened in the fall of 1969 easing the overcrowding at Homestead High School with 9th and 10th grade classes and Principal Dale Deselms.

Sunnyvale High School opened in January 1956 with 9th and 10th grade classes and Marty Mathiesen, Sr. as principal. As a result of projected declining enrollment and Proposition 13/budget cuts throughout the District, the high school was closed in 1981 and leased to Westinghouse until 1992. The site is currently leased to private schools, a church and a daycare center. 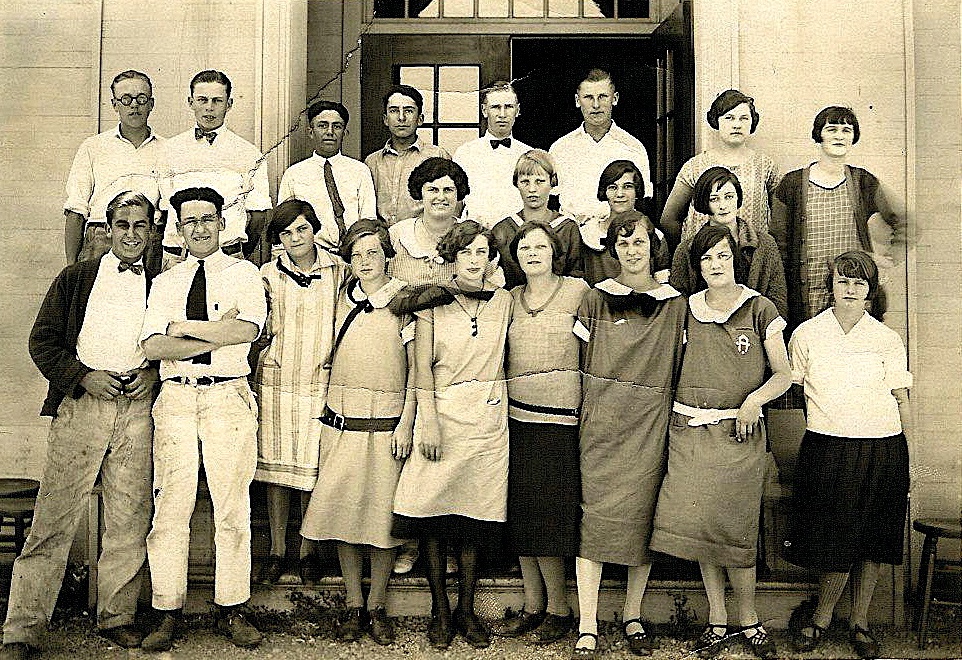